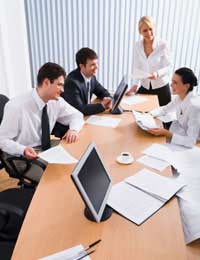 Regulation of the charitable sector is relatively lax in the UK. Charities and fundraisers enjoy high levels of freedom when it comes to raising money and, while this might be good news for some organisations on a day-to-day level, it has caused concern amongst many.

In the absence of a properly formulated legal code for the behaviour of these organisations, a number of independent groups have developed systems of self-regulation amongst charities. The Fundraising Standards Board is the largest of these.

What is the FRSB?

The Fundraising Standards Board (FRSB) is an organisation built to encourage industry best practice amongst fundraisers.

The main function of the Board is to provide a scheme of self-regulation for fundraisers and fundraising bodies. Although it is supported by the government, it is not itself a governmental agency or organisation.

The FSRB aims to encourage transparency and accountability amongst fundraisers. It believes that a strong code of conduct will increase public confidence in the fundraising industry – and that this is particularly important at a time when the number of street fundraisers has increased rapidly.

What are the benefits for me?

The FRSB provides a range of benefits not just for fundraising professionals, but also for firms that rely on fundraisers to keep them running. On a broad level, fundraisers will be able to do their job more effectively if the public is confident that they are trustworthy and accountable – precisely the qualities that the FRSB code is meant to encourage. But the benefits of membership can also be seen on a much more individual level.

Membership of the FRSB provides you with access to a well established, independent complaints procedure. If a donor or other member of the public wants to raise an issue, they can do so with this independent body. This helps you because it guarantees a fair resolution to complaints, while also increasing confidence in your organisation.

FRSB members also have access to a wide range of codes, guidelines and other documents to help you formulate fundraising policy. This can be a vital resource, particularly if yours is a relatively new organisation. Finally, members can also display the FRSB “give with confidence” kite mark on their literature, demonstrating to potential donors that they abide by this code of practice.

Neither charities nor fundraisers are legally obliged to sign up for the FRSB. The Fundraising Standards Board is not a government organisation, nor is it legally mandated. Instead, the organisation aims to encourage self-regulation within the third sector – and it has, by all accounts,d one a pretty good job of this.

You should remember that membership does not excuse any organisation from its existing legal responsibilities. FRSB members still have to abide by their obligations to the Charity Commission and other legal bodies.

Membership of the Fundraising Standards Board can bring significant benefits to both you and your potential donors. It can increase public confidence in your charity, while providing you with the guidance you need to ensure that your organisation is operated in a proper, efficient manner.