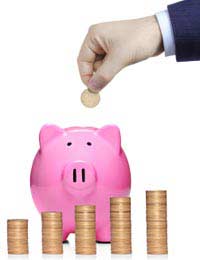 Partnerships between businesses and charities are becoming increasingly common. As funding has become more difficult to come by, many charities are beginning to believe that the private sector is the best source of income.

But partnerships of this sort can be difficult. Each of the two parties can want something very different, and these differences are often hard to reconcile. We spoke to Anna, the head of a charity in the South-East of England providing care to the elderly (and to whom we spoke about direct mail in an article elsewhere on this site) about her experiences with partnerships.

“We knew that we wanted to work with some organisations outside the charitable sector,” Anna said. “But we didn’t really have any existing relationships. So we started to think about who we would like to partner with.”

The charity looked first at their existing suppliers. “Most of our suppliers already give us preferable deals because we are a charity, and it became clear pretty quickly that this was as far as they were going to go.

“So we started to just approach large organisations in the area. We explained what we do, and asked if they would be willing to help us.”

In the event, the charity found a local recruitment company that was willing to make a substantial donation to the cause. “They paid for some wheelchairs and various other bits of equipment we needed. They also pledged to make a quarterly donation to the charity. We couldn’t really have asked for more.”

While this sounds like the perfect partnership, Anna was wary from the outset. “I realised that most businesses might say they want to help, but they are really doing it for publicity reasons. Which is fine, but we wanted to build a more lasting relationship.

“I have friends who have had business partners treat their charities more like suppliers. They would send them off on team-building exercises at the charities, and they would really just be in the way. So we wanted to avoid that.”

In the event, the business in question requested only that their name was displayed in the list of patrons. “Of course I realise it’s a two-way relationship, but I was worried about dealing with an overly demanding business partner. But so far, they have been nothing but helpful.”

The charity is now looking at ways to integrate the business further into their day-to-day operation. “We have a great working relationship, and there is a sense that the business wants to get more involved in the charity. I’m fine with that – they can help as much as they like!”

Anna is also considering further partnerships with other local companies. “Given how well this is working, we decided to put the feelers out and see if anyone else might want to step in. We are slowly building our profile in the area, and we hope we will eventually get to the stage where businesses come to us, rather than the other way round.”

Despite Anna’s initial concerns, the fledgling partnership has been a positive experience. “Partnering with businesses is definitely the way forward. It has helped us financially, and it’s definitely the most obvious expansion route for us. We are very glad we tried it.”