Internships and the Charitable Sector: Learning the Law 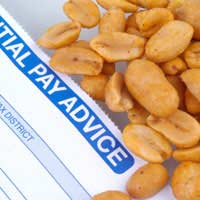 Internships are now amongst the biggest political stories in the country. The row over unpaid work has rumbled on for months, with pressure gradually being applied to both government and to business. But now it looks like the row is arriving on the doorstep of the charitable sector. Hundreds of charities across the country rely on interns to continue working – but some pressure groups are insisting that those interns should be paid.

There remains significant confusion regarding the legal status of interns, and this confusion is particularly acute in the charitable sector. So where do interns and charities stand – and will charities soon be required to pay for their work?

What’s the big deal with internships?

Internships have become a major legal and political battleground, thanks to a concerted campaign from a number of pressure groups.

As virtually every graduate will know, it can seem impossible to break into any industry without first working for free. The creative industries are the most infamous for this – but charities are no different. Indeed, many of the country’s best-known charities have large numbers of interns helping to make sure that the organisations keep ticking over.

The widespread nature of internships has meant that they have escaped scrutiny for some time. But pressure groups (and now HMRC) have pointed out that internships are, in fact, illegal in private companies. If an individual has set hours, or a schedule of work, then they will almost certainly be entitled to be paid at least the National Minimum Wage. Companies failing to abide by the law are liable to be prosecuted.

As the law currently stands, charities are exempt from National Minimum Wage laws with regard to interns. This is thanks to a loophole that enables these organisations to class the individuals in question as “voluntary workers”.

Indeed, anecdotal evidence suggests that despite widespread opposition, internships in the charitable sector have ballooned in recent years. In an increasingly hard-up economy, many charities are relying ever more heavily on unpaid work.

So why the row?

There has been significant new attention paid to internships as a result of the actions of those pressure groups. Naturally that attention has been focused mainly on private companies operating for profit – mainly because the sense of iniquity is easier to articulate in these circumstances.

But attention is gradually shifting towards the charitable sector, and it seems that charities may not enjoy their exemption for very much longer. Many of the pressure groups have suggested that there is no real difference between working for free for a charity, and working for free for a private company. They want to see interns in the charitable sector paid the National Minimum Wage for their work – and their campaign is gaining traction, with a series of recent articles in the mainstream press.

What has the Charity Commission said?

The Charity Commission has been vociferous in its defence of internships in the charitable sector. It has been quick to highlight the importance of voluntary work – the implication being that internships are simply a logical extension of donating a few hours of your time as and when you can.

But pressure groups have pointed out that it is rarely those on the upper rungs of the career ladder that are working for free. Rather, it tends to be recent graduates or others trying to break into the sector who accept internships. With increased scrutiny of internships expected in the coming months, it is not inconceivable that the Charity Commission could have to revise its position.

What do I need to do?

If you have people working for you in any capacity, it is vital that you are fully cognisant of all relevant employment law.

As the situation stands, registered charities have maintained their exemption from National Minimum Wage rules. This means that you do not have to pay interns, provided that they can be classed as ‘voluntary workers’.

But it is vital to understand that this exemption only applies to registered charities. All other organisations are obliged to comply with National Minimum Wage legislation – even if they are carrying out what they consider to be charitable work.

If you are currently employing an intern and your organisation is not a registered charity, it is very likely that you will have a legal obligation to pay them properly. Failure to do so will result in prosecution. If you are found to be at fault, you will be liable to pay back wages.

If you are in any doubt about your legal requirements you should seek independent advice as a matter of urgency.

My Charity Lost Out to Street Collectors: Case Study

Recruiting Other Fundraisers and Employing Them

Obtaining a Job in the Fundraising Sector