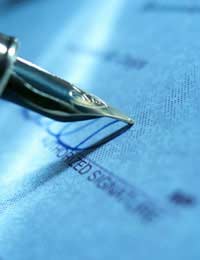 The development of Gift Aid represents one of the most significant changes to charity funding in a generation. It has massively increased the income that many charities derive from donations – and in a cash-strapped environment this is hugely important.

Inevitably, a large number of firms have begun to rely on the extra cash they receive from Gift Aid. For some organisations the ability to claim back the tax paid by the donor means the difference between survival and collapse.

We spoke to the head of fundraising at an animal welfare charity based in the South-East. They rely almost exclusively on donations and legacy funding, with the former making up around 35 per cent of their total income.

The fundraising head told us: “Although legacies make up the bulk of our income, there is no way that we could continue to do the same work without conventional donations. We really wouldn’t be able to carry out our aims without the extra 28 per cent that we receive from Gift Aid.”

The charity in question employs just over 40 people, and spends a significant amount on direct marketing to solicit donations. Indeed, a large proportion of the employees are actually engaged in fundraising tasks. This helps to bolster the income it receives from legacies, bequests and so-called ‘large donors’.

“Direct donations are really our bread and butter,” the fundraising head said. “They help us to cover our operating costs, and our campaigns are basically paid for by legacies. Of course, costs are forever rising. Wages, benefits, rent...all of these things are constantly going up in price.

“It is here that the Gift Aid really helps out. That extra 28 pence in each pound means that we have a bit of a buffer against rising costs. Although we are not in any danger of having to close our doors, our financial situation is always pretty tight – as it is for most charities. Without Gift Aid, our budget would suffer significantly, and we would not be able to do the work that we do.”

Given the importance of Gift Aid, how does this charity ensure that it uses the scheme to its best advantage? “Although the majority of charity donors are aware of the Gift Aid system, most seem to think that their donations will automatically qualify. In actual fact, they have to provide a declaration showing that they have given permission for the tax to be reclaimed.

We started including separate sheets in our mailings, explaining Gift Aid and pointing out that people had to sign the declaration. We saw take-up increase by almost 40 per cent pretty much immediately. Again, this has helped to boost our income significantly.”

Gift Aid plays a vitally important role in securing the financial health of charities across the country. If you run a charity you will no doubt understand the degree to which many organisations rely on it. But, while public awareness is high and there is significant government support, some charitable ventures do not make good enough use of the scheme. Make sure that your donors are aware of the need to make a Gift Aid declaration in order to ensure that you maximise your income.

Gift Aid for Charity Donors: What Do I Need to Do?